The big secret to hip and hamstring stretches that help you is 5 words:

end the TUG OF WAR

Sure, tug of war was a fun game you played with a rope and a bunch of friends when you were a kid. but when it comes to effective hip and hamstring stretches that tug-of-war has to end in order to experience the results. 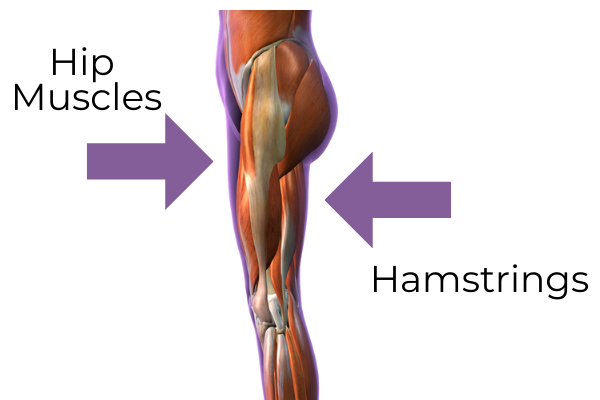 Tight hamstrings and hip flexors often battle each other in a tug of war for pelvic stability.

Taking the class is the best way for you to really experience how it feels to and this tug of war your self.  In the free class, Hips and Hamstrings, we approach the tug of war between hamstrings and hip flexors with strategy and care. 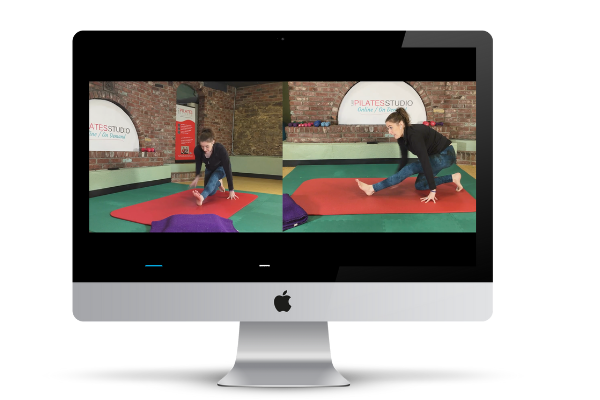 We address all players and their needs and can usually de-escalate the tension in the game.

Think back to the last time you did any hip and hamstring stretches.

Maybe you were going for a run and did a couple of quick hamstring stretches, but did you stretch your hips?

but did you stretch your hips? 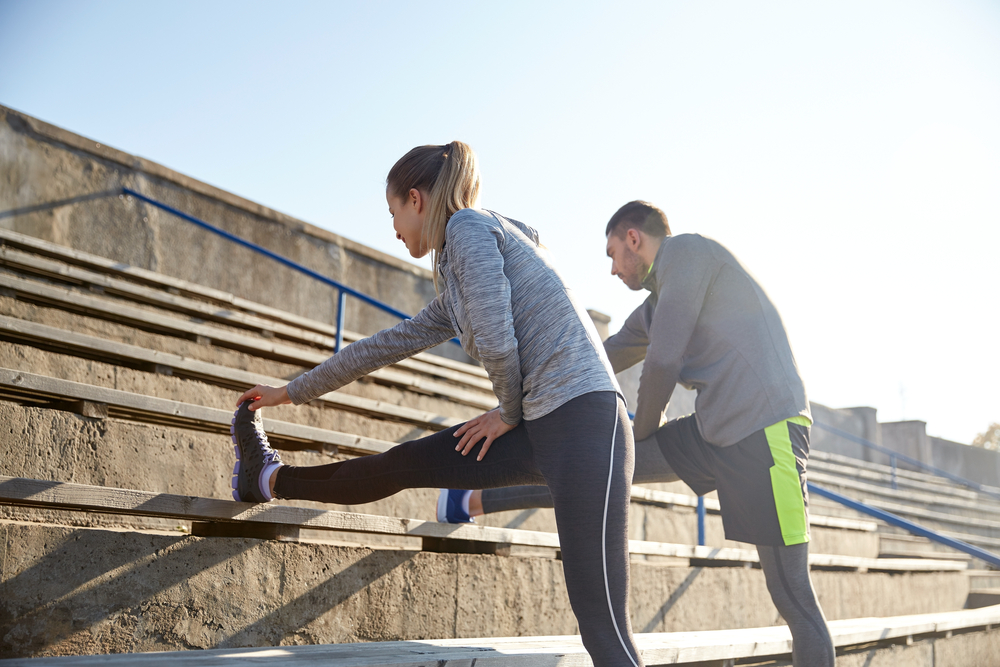 Or maybe you went to the gym and figured you’d do a few forward bends before you hit the elliptical. But again - did you stretch your hips? Probably not - how do you even stretch your hips anyway?

But let’s quickly back up - first you need to understand what exactly the tug of war is.

One major reason hip flexors give us trouble is because of how much time we spend sitting. The strong pull of tight hip flexors can lead to an anterior pelvic tilt and an increased curve in your lumbar spine. The back gets angry and uses pain to get our attention. 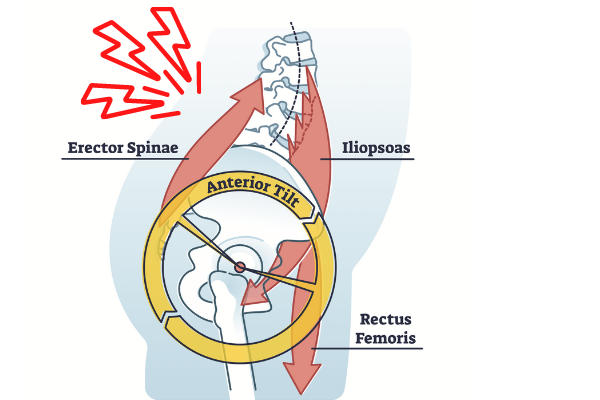 Meanwhile, this forward tilt of the pelvis causes the nervous system to take action. It sends a signal to the hamstrings instructing them to play tug of war to bring the pelvis back to a neutral position, and the brain also sends along with the directive, 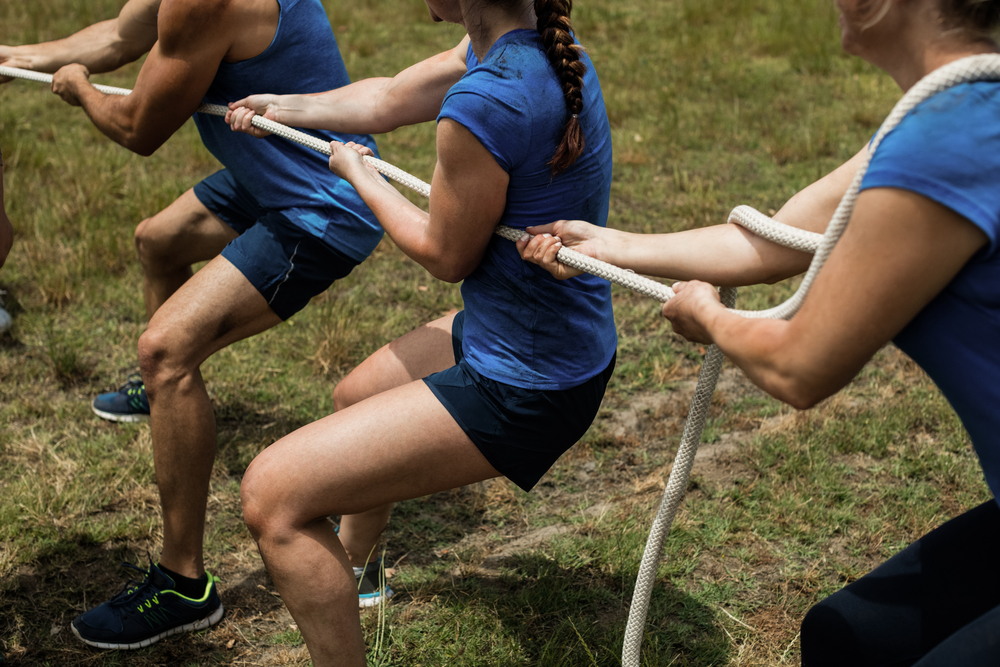 So the hamstrings comply and hold on. Muscles that hold this excessive tension, especially for long periods of time will tighten.

The sad part of the story is that then we get frustrated with the hamstrings because no matter how much we stretch them, there is no significant change. We need to find a way to do what we can to ease the frustration (and tightness) with both hip and hamstring stretches.

By the way, does any of this feel familiar?

Think back to grade school physical education class when the teacher made everyone take the Presidential Fitness Award tests.

You were required to do;

You know, the one where you sit with your legs in a V position and you have to see how far you can reach? As a child, you most likely reached and grabbed the bottoms of your feet effortlessly. And there was probably little, if any, grunting and groaning going along with the exercise! 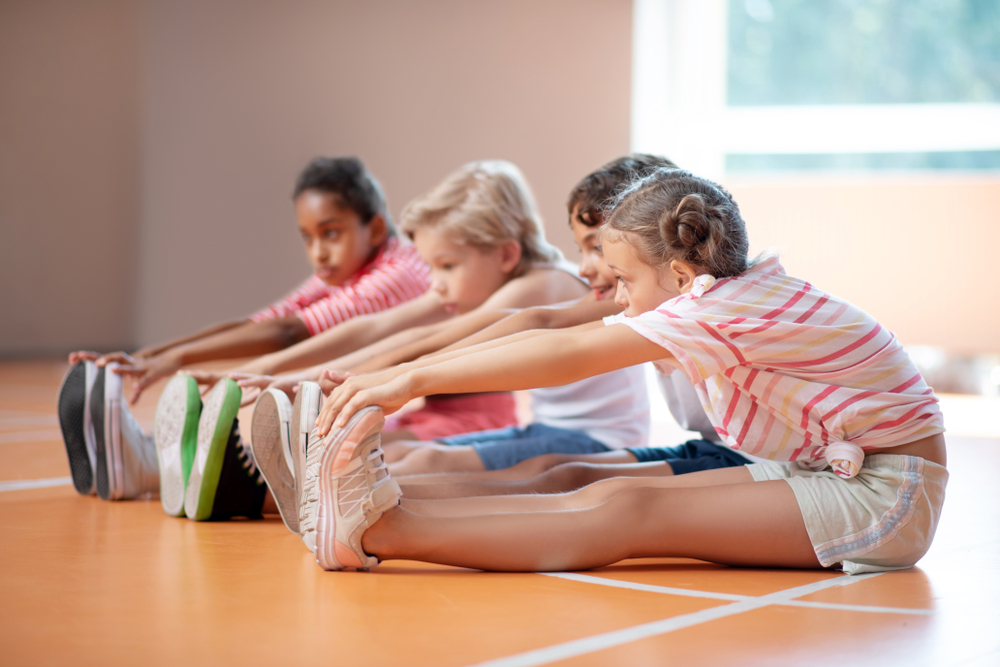 Fast forward to your adult life, to a Tuesday night when you and your friend are in yoga class. The teacher tells you to reach for your toes and - or even more seemingly impossible - rest your forehead on your knees. 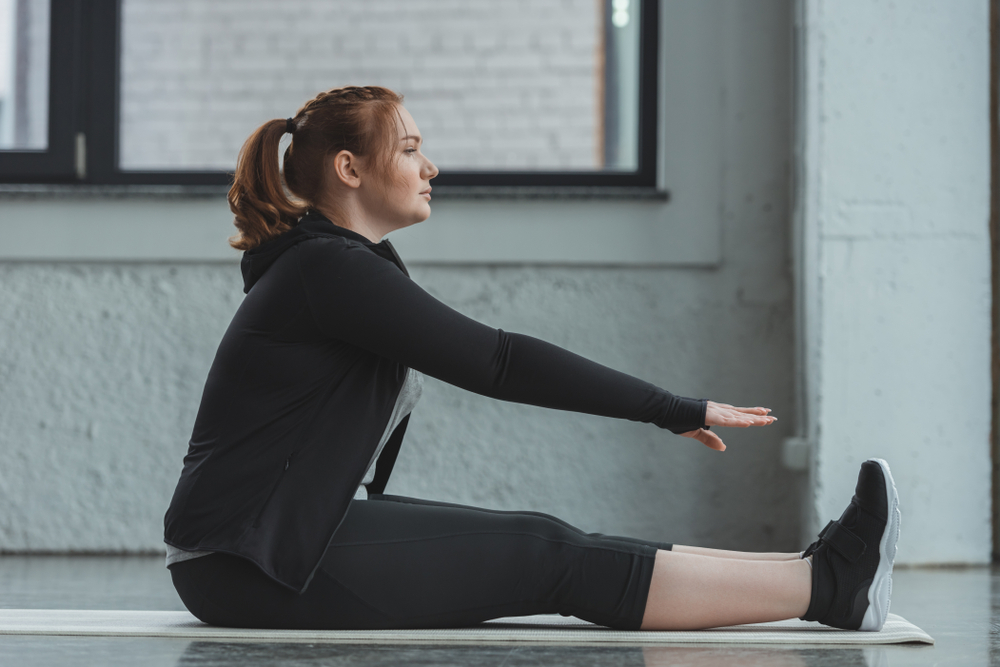 This was Jane’s experience and it baffled her.

She had been repeatedly stretching her hamstrings every chance she got. She stretched when she woke up, before she exercised and before she went to bed. Yet tight hamstrings continued to plague Jane until she signed up for a class for hip mobility. You read that right: a class on hip mobility. She had been taking the class for a few weeks when she suddenly noticed her hamstring stretches were working!

In Hips and Hamstrings class, your body will learn that understanding the unwinding of this tug of war is what will lead to significant length and agility.

Let’s do what we can to ease the frustration (and tightness) with both hips and hamstring stretches.

Make sure you have something like a long band or yoga strap. Other props that are useful for this class are a blanket and a yoga block (or a stack of books!). You’ll find Hips and Hamstrings in the Pilates Mat Program under Level 2. Grab a towel and let's get started. We can’t wait to hear about your progress!

Please log in again. The login page will open in a new tab. After logging in you can close it and return to this page.

We use cookies on our website to give you the most relevant experience by remembering your preferences and repeat visits. By clicking “Accept”, you consent to the use of ALL the cookies.
Do not sell my personal information.
Cookie settingsAccept
Manage Consent

This website uses cookies to improve your experience while you navigate through the website. Out of these, the cookies that are categorized as necessary are stored on your browser as they are essential for the working of basic functionalities of the website. We also use third-party cookies that help us analyze and understand how you use this website. These cookies will be stored in your browser only with your consent. You also have the option to opt-out of these cookies. But opting out of some of these cookies may affect your browsing experience.
Necessary Always Enabled
Necessary cookies are absolutely essential for the website to function properly. These cookies ensure basic functionalities and security features of the website, anonymously.
Functional
Functional cookies help to perform certain functionalities like sharing the content of the website on social media platforms, collect feedbacks, and other third-party features.
Performance
Performance cookies are used to understand and analyze the key performance indexes of the website which helps in delivering a better user experience for the visitors.
Analytics
Analytical cookies are used to understand how visitors interact with the website. These cookies help provide information on metrics the number of visitors, bounce rate, traffic source, etc.
Advertisement
Advertisement cookies are used to provide visitors with relevant ads and marketing campaigns. These cookies track visitors across websites and collect information to provide customized ads.
Others
Other uncategorized cookies are those that are being analyzed and have not been classified into a category as yet.
SAVE & ACCEPT